Ear Pinning or Otoplasty is an operation designed to create more normal-looking ears for people whose ears protrude excessively from the side of the head.

Ear Pinning or Otoplasty, what’s that?

Most otoplasties are performed on children so the correction is completed before a child can be teased or ridiculed, as can often happen. Surprisingly, ears have reached about 80% of adult size by age five or six, so an ear pinning operation during childhood is appropriate. If, for some reason, an otoplasty was not performed in the early years, it is a straightforward operation for teens and adults, as well.

The surgical procedure involves making an incision in the posterior sulcus of the ear (the groove between the back of the ear and the scalp). A variable amount of skin is removed, allowing access to the cartilage of the ear. This ear cartilage is then sculpted using a scalpel as well as sutures to reshape the ear as well as reposition the ear closer to the scalp. The final scar from the incision is very well hidden and can be virtually impossible to find. 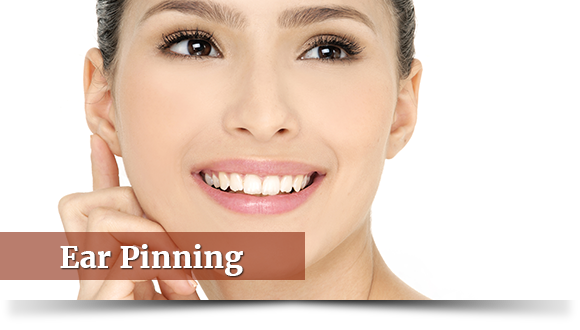 What can I do, if my ears are too big?

This cosmetic surgery procedure are available for those individuals with large ears and for those with congenital (birth) irregularities that detract from their appearance. Additionally, an individual’s ears may exhibit abnormal traits due to their genetic make-up or an accidental injury, such as losing an ear or part of an ear. Otoplasty is used successfully for each of these situations. Regardless of the procedure, patients are typically pleased with the long-lasting improvements to their appearance offered by ear surgery.

There are a number of surgical techniques for correcting ears that stick out too far. The goal of all the ear pinning methods is to create ears that look more normal without visible scars.

Prominauris, also known as “lop-ear” deformity, affects approximately five percent of the population, and appears to be genetic in origin. We can help you with your ears, send us an email.

I want to change my ears